When you return to St. Barth, you will notice a few changes. Two of our long-time staff members at our on-island office finished their contracts on April 30 and left paradise to pursue their dreams.

Many of you know that French born citizen Ted Deltour, who has been with St. Barth Properties-St. Barth since January 11, 2003, began creating jewelry using Tahitian pearls strung on leather and launched his business, Les Trésors de St. Barth several years ago. Lucky for us, he didn’t quit his day job but he spent his off-hours designing and creating pieces for individuals including our staff in both offices. Each piece is unique and gorgeous. His business has grown as has his passion for being a jewelry designer …so much so that he applied and was accepted to the prestigious École de Joaillerie de Montréal in Montreal, Canada. He is eagerly awaiting the start of his classes, although not so eagerly the Canadian winters.

Mai Vu thi Nu has been with us since February 06, 2008. Mai, a native of Belgium, was born to travel. Each summer she has taken a few months off to travel the world and in the course of doing so, she developed a passion for yoga. She began teaching hatha yoga on St. Barth and now wants to live her dream by traveling around the world to learn more as well as train more and more on the different types of yoga as well as massage therapy. Mai’s immediate plans are to spend two and a half months in South America, then one month in Europe, followed by three months India beginning in September and then on to Asia.

We are very pleased to announce that Anne Laure Amy joined our island team on April 01, 2016. Anne Laure comes from Lyon, the gastronomic capital of France, so coming to St. Barth is a natural place to want to live. She graduated from the Vatel Institute of Lyon with a bachelor’s degree in Hospitality Management. Anne Laure, said, “I’ve always loved hosting, organizing meals and traveling. I’ve traveled a bit alone and with my family to the USA, Canada, Spain, Greece, Brazil, Thailand, Scotland, Ireland, Netherlands and Belgium. Greece and Brazil are two of my favorite countries.” She also loves dancing, music and the cinema, Anne Laure is here to give you, our loyal client, the best service possible. “Working at St. Barth Properties is the opportunity I have been waiting to have for a long time and I am glad to be part of the company because I am passionate about this Island, villas rentals and I am very service-oriented.”

We honored Ted and Mai at our last weekly cocktail party of the season with a toast and a gift. Ted received a luggage case for his jewelry and Mai received a piece of luggage for backpacking. 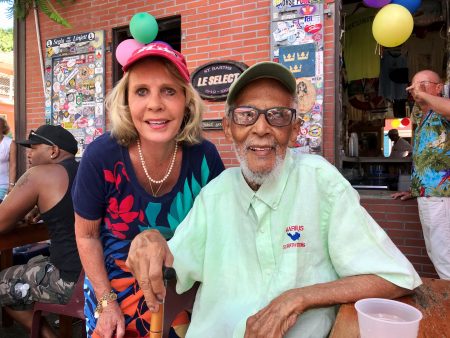 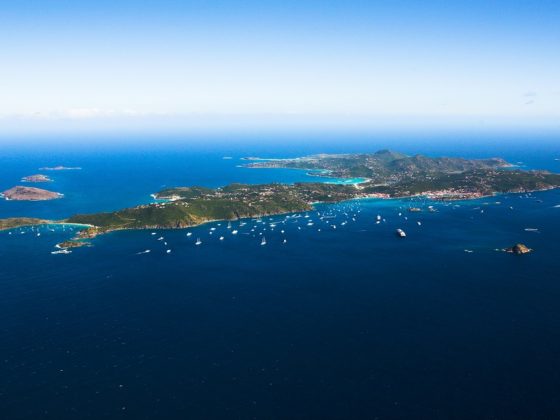