Those of you who normally travel to St. Barts in Value Season often expressed your disappointment that the Wall House restaurant traditionally closed on the first Sunday in June and did not reopen until mid-October which meant that you were never able to try it. You are in luck! Owners Bernard Tatin and his son Julien are keeping the restaurant open during the summer! The food is delicious and there are luncheon specials daily. We had dinner there a few days before we left and thoroughly enjoyed the chateaubriand for two.

On the other hand, Le Massai was forced to close May 12 due to the owner’s renovation of the parking area which he will be upgrading. The restaurant will reopen in November and I am sure it will be as wonderful as ever. On another note, I am sad to say that Le Tamarin closed for good on April 28. The good news is that I saw former owner Toc happily working at Jean Claude Dufour’s new restaurant in Saline, L’Esprit. You MUST try L’Esprit! Jean Claude is such an outstanding and creative chef. He loves having his own place; you can see into the kitchen and watch him use his skills as he formulates the mouth-watering dishes that you are about to be served. He is planning on adding a nice bar area in the garden which will be a nice addition.

I just learned that Harbour’s has been sold. It originally was called La Saladerie, then Harbour Saladerie and finally Harbour’s. So my good friends and owners Thierry, Gilles and Patrick are gone as is the wait staff. The chef has remained with the new owner who, as rumor has it, is from Paris. I will check it out and keep you posted.

Les Soldes! We Americans are so used to being able to advantage of merchandise sales that businesses in the US have whenever they want to entice a customer to shop in their stores, one would expect the same to be true in other countries. That is not the case in France (and therefore not in St Barts). The word “sale” (solde) is not allowed into the vocabulary of French retail businesses except for two defined periods of the year. If a shop dares to do so, it will be fined by the governmental authorities. Most of us can’t believe that Big Brother can interfere and tell French businesses what they are allowed to do if they want to have a sale. There’s an agency known as the “General Directors for Fair Trading, Consumer Affairs and Fraud Control.” It has the power to monitor all shopkeepers to ensure that they strictly abide by these French laws. It is up to the local “prefects” to decide on which dates the sales must take place …so much for free enterprise.

The sale dates in St. Barts are different from those in Paris, for example. That city held its sales in January. Of course January is high season in St Barts, so the island waits until after that period is over. This year the Prefect declared that St. Bart’s 5 weeks of Les Soldes must take place May 05-June 09, 2012. I was lucky to be there at the time, so I hurried down to Gustavia the very first day to see what kind of bargains I could find. Believe me, I was not the only one to do so; it looked as if every person who lives on the island waited for this event to happen. Paying full price is just not what people want to do, no matter where you live. It’s not too late to take advantage of Les Soldes. We have some perfect villas for those of you who want to shop ‘til you drop. Why not plan a girlfriend’s getaway? Contact reservations@stbarth.com and you will be on your way to a shopper’s paradise.

I am back on Cape Cod for a couple of weeks. I will be returning to St. Barts with some of my St. Barth Properties USA staff after attending the high school graduation of one of my grandsons June 01. This is the time of year when we do our villa and hotel inspections (We do this again in November) so as to ensure that we can continue to assist you with the all important decision of where to stay when you are in St. Barth. Our knowledge of the hotels and villas is what makes us the experts in our field. I also will be gathering material for our next Live Your Dream® catalogue which we always debut at our annual Beachside Bash, a party that we throw each November to jumpstart the season. 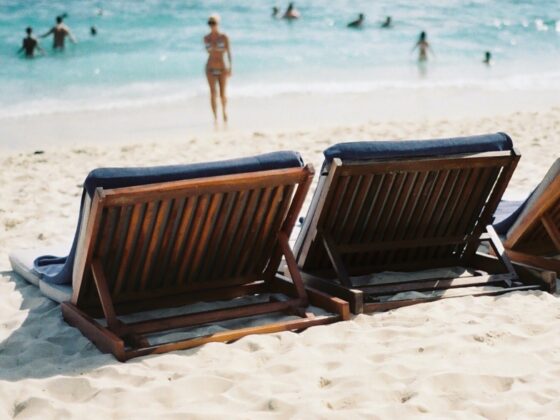