An intimate wedding takes place in St. Barth and you know the bride!

I am sure that most of you know that we have two fantastic concierges to assist you with, among other things, your dinner reservations, on-island activities, in-villa massages, birthday and anniversary parties, as well as weddings in St. Barth. Julia Hurd assists you before you travel and Magda Votava continues that great service once you are on the island.

This time it was Magda‘s turn to arrange her own wedding! She is a pro by now, so she knew exactly what she needed to do. She wanted a very small, intimate wedding and it went flawlessly.

So, on June 08, 2015 Magdalena Votava married Frédéric Borne, the Captain of a private yacht located in Gustavia Harbor. Magda’s beautiful daughter Valérie Votava and Fred’s handsome son, Ryan Borne were at their side.

I asked Magda if she would share their love story by answering some questions.

When, where and how did you and Fred meet?
“We met 6 years ago in France. Fred spent a couple of months there when he worked on a private boat in Cannes. We had a common friend on Facebook and that’s how we got to know each other. He came to see me when I was in Paris and that’s how it started. We never wanted to separate from that moment.”

What were your jobs at the time?
“I was a commercial assistant at Myllykoski (a huge paper manufacturer at that time in Europe). Fred worked as a yacht captain in Cannes.

When did you decide to come to SBH and why?
I made up my mind when Fred came to help me after an elbow surgery. It wasn’t easy for me to take care of the house and of Valérie who was little at that time (5 years old) and he came and did everything ☺. He was already in SBH, but flew to Paris to take care of me. When he asked me if I wanted to follow him, I didn’t hesitate a second.”

Why did you choose to work at St. Barth Properties Sotheby’s International Realty?
“I found an ad in the Journal of St. Barth. SBP was looking for someone to replace a staff member for a couple of months. It corresponded with my profile and my knowledge, so I sent my CV. A week later, I was at SBP2 ☺. When Nadine came back, YOU decided you wanted to keep me ☺.”

Can you tell me a little bit about Ryan and Valérie?
“Ryan is 16 and he goes to school in Aix-en-Provence now (He was in SBH until September 2014, but, as you know, children in St. Barth can’t complete their studies here after ninth grade) so once Ryan finished, he decided to continue his studies in France. He wants to be a pilot in the army, just like his grandfather (Fred’s dad was a very famous fighter pilot). Recently, he passed an aeronautics exam and he scored 100%!!! Only 3 out of more than 600 candidates received the Committee’s Congratulations and he was one of them. We are very proud of him.

Valérie is 10 now and she will start secondary school in September. She’s very excited about this. She would like to be in the linguistic class and learn English and Spanish. She is already bilingual as she speaks Polish very well. She loves music, attends dance classes, and started piano lessons. She still doesn’t know what she wants to do in the future, but I keep telling her that she has a lot of time to make the final decision ☺.”

Is there anything else you would like to include?
“Oh, I don’t know. If you want to write that Fred left France when he was 4 and then spent 20 years in Africa, as his dad was a fighter pilot there and then they all moved to St. Barth (23 years ago). He started to work as a captain almost 30 years ago (He was only 17).

I graduated for the University in my hometown, Lodz in Poland where I studied English and I obtained a Master’s Degree. I moved to France when I was 25 and obtained a Postgraduate Degree at Sorbonne University in Paris.

We both love traveling and photos (some of them, even Fred’s were used in our Live Your Dream catalogues).”

Congratulations to Magda and Fred Borne. May you live happily ever after! 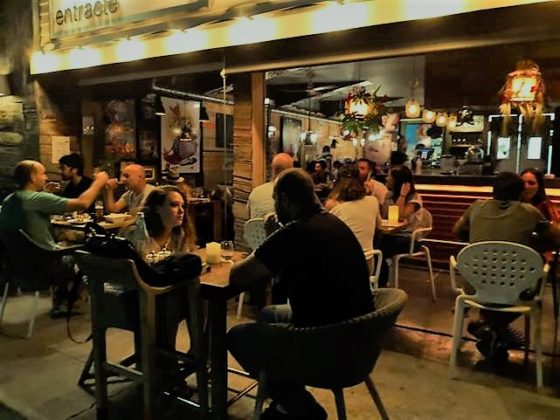 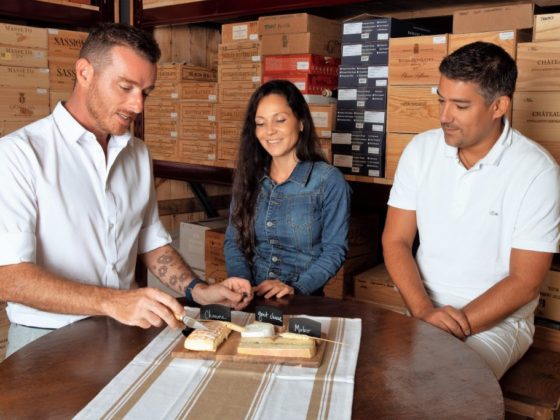 Become Just as French as the French in St. Barth. Calling All Francophiles!